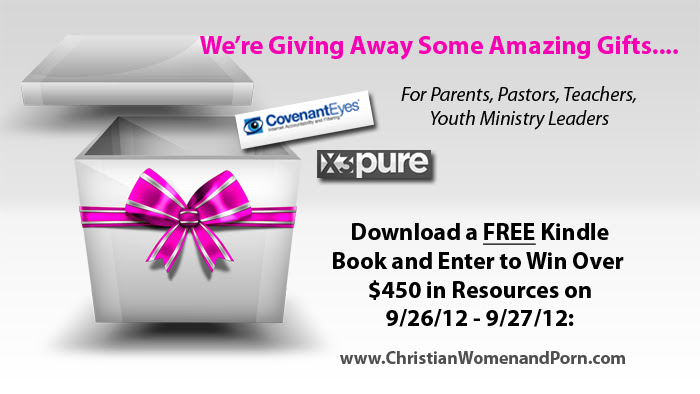 Healing the Brokenhearted and Setting the Captives Free

Over the past 12 years, God has taken me on a journey.  It has been a journey of Christ healing my broken heart and setting this captive free.  And now He is asking me to help others do the same.  Isaiah 61:1 says, “The Spirit of the Sovereign Lord is on me, because the Lord has anointed me to proclaim good news to the poor.  He has sent me to bind up the brokenhearted, to proclaim freedom for the captives and release from darkness for the prisoners.”  In Luke 4:21 Jesus takes out the scroll and reads Isaiah 61:1 in the synagogue saying, “Today this scripture is fulfilled in your hearing.”  Basically what Jesus is saying is that Isaiah 61:1 is his mission statement.  Jesus has come to heal the brokenhearted, proclaim freedom for the captives and release prisoners from darkness. 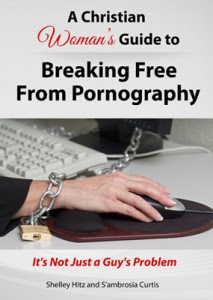 Freedom for the Captives

One of the main strongholds keeping our culture captive today is sexual sin.  Even in the church, many are getting caught up in struggles with lust, adulterous affairs and pornography.  As a married Christian woman, I struggled with internet pornography for two years.  It was a secret sin that no one knew about.  From the outside I looked like I was the good Christian wife.  But, I was living a double life.

However, the story doesn’t end there.  Although it took time and has been a process of healing, I have now been free for a decade.  God is using my story to help others find hope and healing in Christ.  As I’ve heard it so well said, "God can turn any mess into a message, any test into a testimony, any trial into a triumph, and any victim into a victor."

It is a growing issue that needs to be discussed and we aim to open the door to confession and conversation among women in the Body of Christ who feel as though they are alone in this struggle.   And our prayer is that God uses this book to heal many broken hearts and set many captives free. 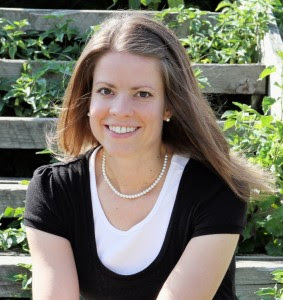 Shelley Hitz has been ministering alongside her husband, CJ, since 1998. They currently travel and speak to teens and adults around the country. Shelley's main passion is to share God's truth and the freedom in Christ she has found with others. She does this through her books, websites and speaking engagements.  Shelley's openness and vulnerability, as she shares her own story of hope and healing, will inspire and encourage you.

Shelley has been writing and publishing books since 2008 including the book she co-authored with S'ambrosia Curtis, "A Christian Woman's Guide to Breaking Free From Pornography:  It's Not Just a Guy's Problem."  During their book launch on 9/26/12-9/27/12, you can download a free Kindle copy and also enter to win over $400 worth of resources.  Find out more at www.ChristianWomenandPorn.com. 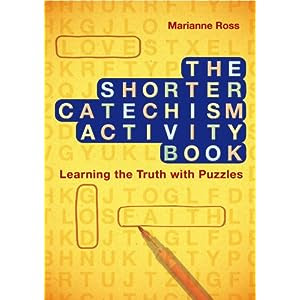 I recently had the opportunity to review Marianne Ross's new activity book: The Shorter Catechism Activity Book. I was really interested in this book as a way to help teach my children about God's Word and the Christian faith. Here's the description of the book from Amazon:


This book uses the puzzle formats children are familiar with in school such as word searches; crossword puzzles and codes. It’s a fun way to work through the Westminster Shorter Catechism – one of the church’s statements of faith. Not only will they enjoy completing these work sheets; the truths that are presented here will be a strong foundation for their future life. The shorter catechism covers the following important doctrines: God; Sin; Christ; The Ten Commandments; Baptism; The Lord’s Supper and The Lord's prayer.

In my own words, this book is the Westminster Shorter Catechism laid out in puzzle form. In order to find out the first part of the catechism, you first have to solve the puzzle. Then it gives you a suggested Bible reading to accompany what you learned. There is no answer key, so unless you already have a copy of the catechism you just have to double check your work and make sure it makes sense. I think this is a fabulous tool for teaching kids about God's Word - especially if they are already into this stuff. If you were working on memorizing the catechism with your children, this would be a great way to introduce each reading.

Again, I did receive my copy free in exchange for an honest review from Cross Focused Reviews - however, I'm thinking about purchasing a second copy so that each of my boys have one - or, I might just keep it for myself as I love puzzles... You can get a copy for your child (or yourself) on Amazon.com.
Posted by Heather Hart at 7:00 AM 1 comments

I have been really struggling lately. Really. It seems like I can't concentrate long enough to be productive at anything. I have been falling behind at work because I can't finish a complete thought. Between the constant "Mom. Mom. Mom," from my children, and the migraine that I have been battling for going on a month, I'm at a loss. It got so bad last week that I was almost ready to quit - just throw away everything that I have worked so hard for, and dreamed of. While any of you who have been reading my blog for a while know, most of my migraines are caused by chronic whiplash that I got several years ago, however, my chiropractor says that this one is probably caused by some stress going on in our family life. He says it is irritating my whiplash and the combination of the two is totally throwing me off my game. In other words, it's not a coincidence that the headaches started at the exact same time as every thing else... imagine that.

So I took the weekend off. I have two major projects due no later than Wednesday, and over a dozen smaller projects that I HAVE to finish up this month, and I took the weekend off... Was that a dumb move? Maybe, but my hope was that stepping away from part of the stress would help my head to stop throbbing - it didn't, but I am thinking just a bit clearer now. I'm confident (well, mostly) that will God's help I will meet all of my deadlines, and the stress in our family life will work itself out to the glory of God.

I guess that I should mention that part of my weekend off was helped along by a dear friend who volunteered to take the kids for a night - all four of them. She didn't get much sleep Saturday night and was ready for a nap when we picked them up on Sunday afternoon, but it was the first night I had had alone with Mr. Amazing since the twins were born (almost 5 years ago!). It was nice. We both had headaches, but it was still nice. Part of my (and him) felt guilty that I took the time off. With the kids gone there was great potential to get a ton done. But stepping back and just taking time to breath... well, that was worth it.

I was looking back, even just two years ago I was allowed lazy days. I didn't work from home back then... I did a lot of volunteer things, but when you volunteer you don't have as much to do, or deadlines with consequences. I spent a lot of time back then cleaning house and studying my Bible. Now I spend a lot of time working, a little time reading my Bible, and I clean a bit too. I thought my house was messy back then, I know it's messy now. But with all of the changes, I wouldn't change where I am for anything. Yes, I would gladly give up the headaches, and would love to have patient children, but despite all of that, I am blessed beyond measure. I have the opportunity to live my dream. No, it isn't easy, but it's worth it.

- I mentioned that with my headache I haven't been able to complete a thought... yeah, I just re-titled this post because I totally set out to write something else. Oops... At least you are a forgiving audience. :)
Posted by Heather Hart at 9:59 PM 2 comments 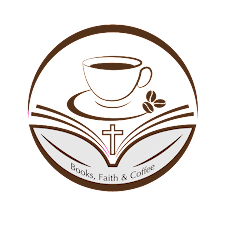 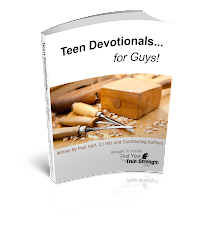 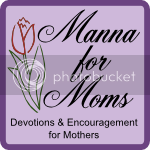